Coco Lane Rigbye is an Aussie studying theater at UNLV. She has a couple degrees already from CSN and is a staple in the local music and theater scene around town. I spoke with her about joining us for The Elephant Man. Here is what she had to say.

A few weeks into The Elephant Man’s rehearsal process, Ann-Marie called me saying she needed an actor. As a new actor, to have the opportunity to work with the company of such caliber as APF is exciting and I happily accepted.

Working on the show has been an extraordinary process of discovery, exploration, and self-actualization. 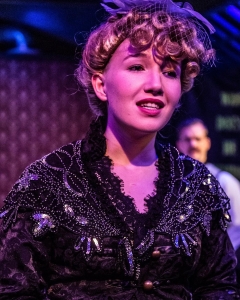 We each took weeks to explore who each character is, though we constantly discovered new ideas about each one even still. We explore their class and location, how they speak, stand, and move. But also: who are they?

I play four roles that interact with Joseph “John” Merrick and/or Dr. Frederick Treves. What is important in playing multiple roles like this is to remember their job in terms of the play, but also the idiosyncrasies that make them wholly who they are. Are they air-headed, bird-like, weighted, strong, scared, childlike… Then, many would say one person can be all of these attributes at once sometimes. Just as Joseph Merrick can be hideous and beautiful, wise and naïve. We find ourselves by what’s around us.

My characters see part of themselves in John, and he is looking for himself in all of us.

I thank Ann-Marie and Joe for trusting me, and I thank the entire cast for welcoming me with open arms. I am very proud of this production and to be part of this company. 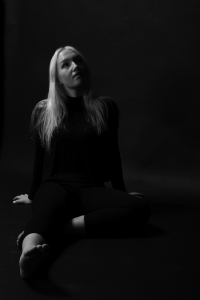