APF staff partners with High School Jesters to developed a new approach to Arts Education with The SlapDashery.  This is an experimental program that blends classical theatre and improvisation to develop something different and new. Program directors and chosen students are invited to observe APF mainstage production development and rehearsal processes in order to create tailored improvisational exercises that highlight themes of the production, the results of which are two-fold:

This program is season-long. Performances and workshops are created for each APF mainstage production. Themes pulled from 2018-2019 productions:

This partnership is a result of a generous Arts Learning Project Grant from the Nevada Arts Council.

Stories My Father Told Me

During the 2016-2017 academic year, staff worked as educators, in conjunction with teachers at the Del Sol Academy of the Performing Arts, to provide a program where students utilized the thematic underpinnings of a variety of cultural stories and backgrounds to create a theatrical production. Students provided educators with their own heritage stories; a script was written inspired by those stories and A Public Fit staff worked diligently to help the students produce the show. Students learned all aspects of how to produce a theatrical show, including: acting, directing, stage management and design. Two public performances were held at Del Sol Academy in March 2017. (Pictured below: student-designed publicity poster for the production)

This partnership was a result of a generous Arts Learning Project Grant from the Nevada Arts Council. 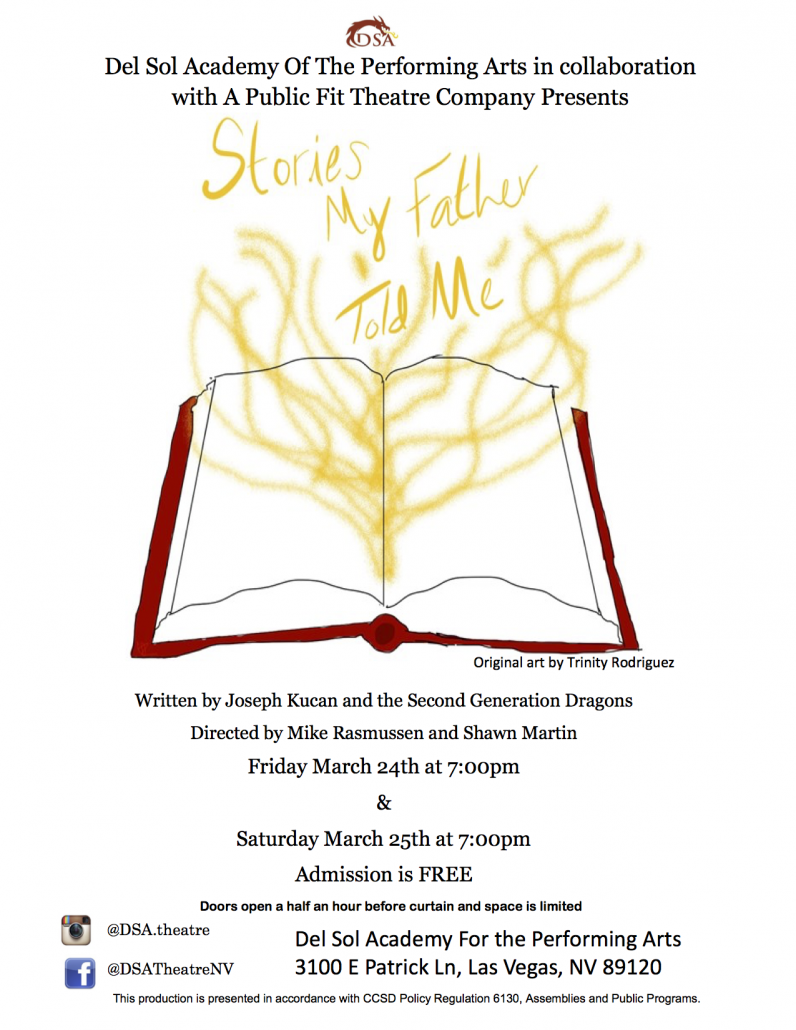 Be a Part of the Conversation! Staged Reading: Belleville
Scroll to top