Today’s blog is from Timothy Cummings.

Cummings sorta came with the slab. He was in our first full stage production and I’m pretty sure he’ll be in our last, right before we lock up for good and toss the keys back over our shoulder on our way to the greener pastures of obscurity working as a greeter at Walmart. He’s a strip guy as well: Caesar’s Palace, the Excalibur, the Flamingo, Stratosphere, Venetian. Most recently he was with Cockroach’s “Still Dance the Stars” and he emcee’d for our last super badass Outburst.

I asked him about the theater in Las Vegas, as well as the Strip: Do the two coincide? Intersect? Overlap?

Whatever, man, you pick. Here’s what he said. Tell me what you think in the comments; I’ll probably pick a fight with you and if I don’t, Joe certainly will.

It’s sorta what we do.

Contrary to popular belief, Las Vegas is a city with a lot of history! Or, rather, a lot of performance history.

Sarah O’Connell of Eat More Art Vegas recently documented the rise of local theater performance in Las Vegas from the 1960s to the present in her presentation at the Clark County Library. Her oral history documented how theatre in Las Vegas rose primarily from the efforts of a few like-minded individuals at the University of Nevada Las Vegas Theatre Department in the 1960’s and spread outward.

In my experience, it started with Super Summer Theatres’ efforts at Spring Mountain Ranch.

The annual offerings in June, July and August, afforded Strip performers of different degrees of pedigree the possibility to appear in something different than what they were doing nightly.

And why would a Strip performer want to appear in a show for little or no pay way ​out at Spring Mountain Ranch?

I believe the answer is simpler.

It has two intersections.

A recent conversation with Mindy Woodhead of the Las Vegas Theatre Alliance may shed some light.

We spoke of many things and one of the topics we touched on in a long and wide ranging conversation,​ was the difference between “entertainment” and “art.” She and I agreed that “entertainment” is performing the same show every night, night after night, often more than once a night.

Although this can be financially and psychically rewarding, it may​ be unfulfilling ​to a performative artist ​after a time.

Once a performer or entertainer ​has mastered the many variables of a set performance, ​it may prompt the performer to question their validity and worth as a performing artist. This is when entertainers begin to look to other performance opportunities to express their artistry.

Witness the recent limited flights of Strip performers to local performance venues. Jonas Woolverton of Cirque du Soleil in “The Elaborate Entrance of Chad Deity” at Cockroach Theatre. Christopher Brown of Blue Man Group Las Vegas performing in “Foxfinder”, “A Summons from the Tinker…” and “When the Rain Stops Falling” at A Public Fit. Dina Emerson of Cirque du Soleil performing in “Iphigenia 2K16” and “Antigone” with the LAB, “The Seven Deadly Sins” in a co-pro with Sin City Opera and Cockroach Theatre and, most recently, in “Animal Farm” at Majestic Repertory Theatre.

Why would these artists seek out these opportunities?

I believe the answer is artistic expression.

As stated previously, once a performer has bumped up against the limits of their artistic expression in their Strip gig, they will seek ways to express themselves more fully, even if the expression is limited to a relative handful of audience members and performances.

And although this artistic expression may be limited in quantity in terms of audience and performance dates, the artist feels a more immediate bond with their audience in these smaller, venues with these close ended runs.

The next intersection is Money.

Stand at any of the four corners of The Strip and Flamingo Boulevard. Regard the traffic and activity. Contemplate crossing it on foot. (I used to do this nightly, before the lanes were widened and the pedestrian bridges were built.)

Today, it would seem a near suicidal errand.

And yet, that is the hurdle that many vibrant and thriving local arts communities in Las Vegas face.

How do we cross the street? How do we get there from here?

The answer, of course, is Money.

Recent tax laws have dampened the flow of funds to local and national not-for-profit arts organizations and to many other not-for-profits.

If we want the world to be a better place;

If we want Las Vegas to be the Arts Destination beyond the Strip, that we have proven we have the promise and the drive to become;

If we want to offer the opportunity for every “entertainer’ and every performer” to excel and exceed beyond what they have already become, to explore artistry and grow with their community; 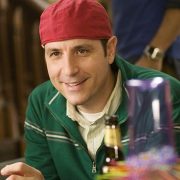 Meet Michael Bunin. Actually, you already know him; you just don’t realize it. 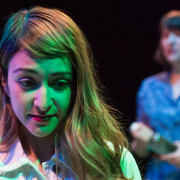 Have you met Rebecca Reyes? 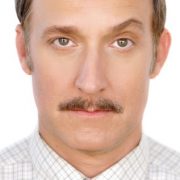 The Birth of Atrocity (A response to “Daniel is Always Wrong”) by...

There’s No Real Culture In Las Vegas
Scroll to top