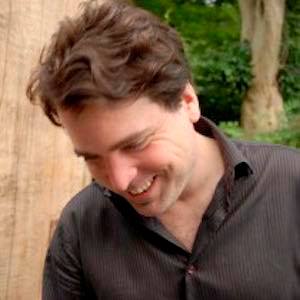 Dr. Scrivner is a writer and academic from

Las Vegas, who has written extensively about literature, technology, and insomnia. He has taught at UNLV, the University of London, Boğaziçi University in Istanbul, and American University in Washington, DC. He currently lives in Amman, Jordan with his wife and children.

And when he and I were 17 years old, we made some of the most badass theater that Bonanza High School had ever seen. Just sayin.

Tell us what you think in the comments.

The Birth of Atrocity

The idea of doing political theatre in response to the Las Vegas Massacre is both tempting and problematic.

Tempting in the sense that we instinctively want to do something helpful and healing. Just as people with trucks rushed victims to hospitals and so many lined up to give blood, those of an artistic temperament will naturally feel the urge to respond in a way that makes sense to them and plays off their strengths.

But making overtly political art of any kind can be especially problematic when each side of our increasingly polarized polis has accused the other of “exploiting the tragedy.”

“Most people saw the Las Vegas shooting as a tragedy. Propagandists saw an opportunity.” Reads a headline from left-leaning Vox.[2]

But what is it, specifically, about a tragedy that makes politicizing it so wrong, as these articles both imply? Let’s think about tragedy itself for a moment. It is, after all, a theatrical word—our word! Let’s see where it takes us for possible insight or answers.

Well, on the one hand, what happened on October 1st was decidedly NOT a tragedy—or so a Grammar Nazi friend of mine likes to remind me. He claims the word “tragedy” is more appropriate when describing the disastrous machinations of fate or natural phenomena—in other words, when describing things beyond human will or control.

This of course all stems from Greek Tragedy. There, a characters’ tragic flaw leads inexorably to his or her disastrous fate despite all attempts to resist or avoid it. Middle-school stuff. So a tragedy unfolds like a twister or a tsunami, that is to say “naturally,” without someone actually willing it. And the perpetrator is, in a sense, exonerated by that fact.

The better word is atrocity, insists my friend. An atrocity is a deliberate, malicious, cruel, and violent act. Steven Paddock committed an atrocity. Calling it a tragedy downplays his crime.

But something about the Paddock case makes me cling to the word tragedy. Maybe it is because we STILL know so little about his motive. He may have been ISIS, for all we know. But he may have had no motive. And without motive, he seems devoid of purposiveness, agency, will. He may as well have been a force of nature, lightning from a glass sky, acting dispassionately like some aloof Olympian, meting out divine wrath indiscriminately, on a whim. Just because.

And so, for no apparent reason, people died.

Turning what, to this day, appears to be an apolitical act into political art seems especially likely to arouse accusations of being exploitative or insensitive, for what its worth. But, then again, people are so easily offended these days that, if we always let potential accusations of insensitivity guide our actions, we would literally never leave the house.

Beyond not wanting to offend the easily offended, there is a danger that, in responding too overtly politically to this massacre, we might simply make bad art. Joe is right to condemn what he calls “reactionary” theatre. We’ve all seen it happen, where the understandable desire to make a for-the-moment “statement” supplants all other artistic desires, and the result is more or less predictable, cringe-worthy posturing.

Such efforts also tend to be politically ineffectual. I am reminded of Kony2012. Remember that? A viral, artsy video followed by a massive, nationwide poster/art installation? It was all done with the sole goal of driving out of power Ugandan cult and militia leader Joseph Kony—who remains comfortably in power to this day! Thus we find that such ham-handed political stunts often tend to draw more attention to the performer than the cause. My inner cynic says that’s their purpose.

Meanwhile, many very smart and even bearded individuals have encouraged us to take a different approach. Aristotle insists that poetry should describe “not the thing that has happened, but a kind of thing that might happen.” So, while politics and history are reactive to explicit, real world, particular events, poetry and theatre and art must remain, in a sense, in their own world.

And we do tend to look at theatre this way, right? We don’t look at Macbeth as reactive to a real-world event or ultimately concerned at all with a specific series of political murders 1000 years ago in the Scottish Dark Ages. Rather, the historical event falls by the wayside and the play becomes a metaphor for human universals—ambition, weakness—and the karmic nature of the universe.  Things like that.

Must we wait centuries, as Shakespeare did in the case of the historical Macbeth, to transmute base, ruthless killings into theatrical gold?  Nah. It only took 20 years for Marlowe to turn the St. Bartholomew’s Day Massacre into The Massacre at Paris. But, in all seriousness, I don’t think it is a matter of waiting for the requisite amount of time to pass. At any moment, I think, we can approach the Las Vegas Massacre artistically, so long as we have the right frame of mind—so long as it becomes, not a re-telling of a specific, horrific event, but rather a new perspective on the human event.

Even with this worthy goal in mind, however, there are hidden pitfalls. For example, a lot of people point to United 93 as a tastefully rendered artistic response to 9/11. Paul Greengrass’s film does not use A-list Hollywood celebrities; there are no over-the-top CGI special effects; there is no happy ending. The film is simply an honest, human-scale portrayal of the individuals involved, their emotions and interpersonal connections.

Yet even this apolitical film has critics—of its politics. Precisely by avoiding politicization, the accusation goes, the film politicizes things on a deeper, more insidious, meta-level. By removing the geopolitical context of the terrorist attack, Greengrass has been criticized, from the right, for basically trying to downplay or distract from the threat of radical Islam. Meanwhile, from the left, he has been accused of absolving westerners from politically inconvenient policies and activities. “Ah, yes, I see.” Says this latter critical voice. “Typical western apologist avoiding the real issues here: American meddling in the Middle East, oil imperialism, US support for Israel, etc. Instead you create this piece of feel-good heroism for suburbanites to consume on a leisurely afternoon so as to feel better about themselves.”

This is essentially Slovenian philosopher Slavoj Žižek’s take on the film: “Recall how the large majority of critics unanimously praised the film’s avoiding of sensationalism, its sober and restrained style. It is this very touch of authenticity that should make us suspicious—we should immediately ask ourselves what ideological purposes it serves.”[4]

That’s his point. My point is simply that we can’t avoid making political art. Even making a de-policized piece will stir up politics in this age when everything is politicized.  By eschewing the political, we open ourselves up to accusations of spinelessness and shilling for the enemy camp! Damned if ya do, damned if ya don’t. So don’t worry what the critics will say and just follow your instincts.

Our current age has become the opposite of what it was promised to be. Twitter, Facebook, and endless comments sections on news articles and YouTube videos—they were all supposed to bring us together in a democratic group embrace. But depression rates are soaring. People are feeling increasingly isolated, increasingly friendless. Every political moment has to be commented on, countersignalled 24/7 by endless tweets. We have never been more polarized.

Maybe this steady stream of opinions and insults to pursue a political fix actually contributes to the problem we intend to fix? Perhaps our media-saturated, polarized, atomized digital culture had a hand in creating Steven Paddock? Just speculating here. But he did, after all, seem happiest in his own little hermetically sealed mental space, moving pixels around a video poker screen.  Perhaps, if he had more of a sense of community with his fellow warm-blooded humans, things would have turned out very differently.

And maybe all this sounds like utopian, airy-fairy, vain nonsense, but that oft-lost sense of community is precisely what theatre can provide.

In The Birth of Tragedy, Nietzsche describes how Greek tragedy in all likelihood grew out of Dionysian ritual. The god Dionysus of course has associations with drunkenness, festivals, revelry, and the afterlife—things that emphasize what we have in common as opposed to things that render us distinct. The Dionysian community would gather in their ritual space—not just the weirdoes and outcasts and freaks, but people of a variety of stations, high and low, tradesmen, senators and seers, stoics and epicureans. People who did not normally see eye-to-eye would let their differences fall away for a brief spell, a miniature and localized Saturnalia.

Such a frenzied, cathartic experience could only reinforce the feeling of common humanity and visceral togetherness that our civilization increasingly lacks.

So, regardless of the political or apolitical content of a given play, there is something basic to the structure of dramatic art—its collective nature; its intimacy with human feeling; how it takes on board a multiplicity of legitimate perspectives, etc.—that could potentially de-atomize us and reinforce, or create from whole cloth, this much needed sense of community.

All this is to say: make it however political you see fit. The important thing is that it gets done.

The play’s the thing.

Daniel Is Always Wrong Theater and The Strip; Like Ships Passing in the Night
Scroll to top