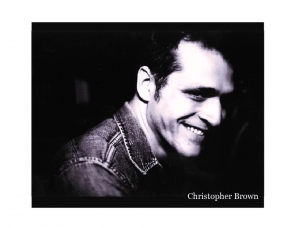 Christopher Brown has been seen on stages in New York, Nashville, Chicago, Washington D.C. and Las Vegas with companies including Nashville Shakespeare Festival, The Shakespeare Theatre of D.C., Jean Cocteau Repertory, Vegas Theatre Company (previously Cockroach Theatre), A Public Fit and many others. Some roles he has taken on include Benedick in Much Ado About Nothing, Coriolanus, The Creature in Frankenstein, Juror 7 in Twelve Angry Men, Mark Rothko in Red, King Henry in Henry V, Garcin in No Exit among others. He has directed multiple plays and three of his own films. He was a Blue Man with Blue Man Group for fourteen years where he performed all over the world. He holds a degree in Commercial Music. He studied acting at G.A.T.E. in New York, The Shakespeare Theatre in D.C. and Steppenwolf in Chicago.