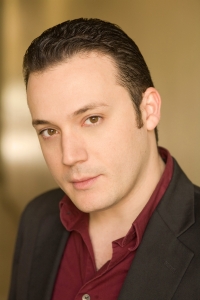 Sheriff Deon Gilbeau is being played by Adam Martinez. Adam is very proud to be joining the talented artists that comprise A Public Fit Theatre Company. Adam is a Las Vegas native (born and raised) and in 2007 graduated from UNLV with his BA in theatre performance. Aside from his debut in APF’s August: Osage County, Adam has performed locally with Majestic Repertory Theatre; his recent credits include Brick Pollitt in Cat on a Hot Tin Roof and Coach D. in the regional premiere of Tight End. Adam also played several roles in the Las Vegas production of Tony and Tina’s Wedding; originally cast while still in college, he was happy to perform in TNT for over ten years. His life outside of the theatre primarily consists of being a loving Dad to his precious daughters, Everly and Cecily, and being happily married to his beautiful and supportive wife, Jessica Hall.